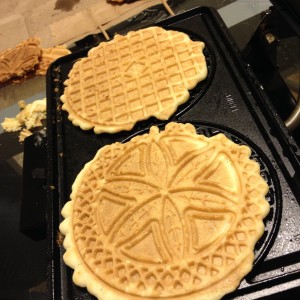 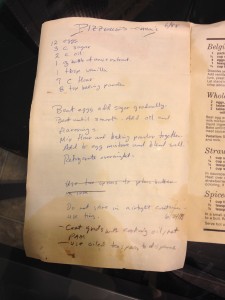 This is Carol's recipe, but I cut it to a 2/3 batch because I just couldn't imagine needing quite as many as the original recipe makes. Mom gave me the pizzelle iron when they moved to Michigan this past October and I was going to make these for Christmas, but decided to go light on the cookie baking this Christmas, so the experiment waited for a month. These are super easy as long as you remember that you need to make the dough the night before or the morning before if you'll be making them in the evening. Kathlene came down and helped. Carole's recipe is for anise-flavored ones, but that's not so much of a favorite here, so I left out the anise and increased the vanilla. They were crisp and awesome. I mailed some and they made it. I tried to carry some on an airplane and they didn't travel well.